If you’re looking for a Mac theme for Linux, look no further.

GNOME-OSX II is (as you might have already guessed) a Mac GTK theme for Linux desktops — and it’s a pretty pretty adaptation.

‘This theme is a ‘gnome-desktop-interpretation of Mac OS X”

Yup, this is not an out-and-out copy of the standard UI in macOS. The theme describes itself as “a gnome-desktop-interpretation of Mac OS X”, with the theme designer saying they’ve “tried to implement the feel of OS X on the gnome-applications.”

This means the theme it’s not trying to be a pixel-perfect clone of the macOS theme — and there are plenty of GTK themes that try to do that out there — but instead adapts the core design of Cupertino’s desktop OS in a way that makes sense (and looks best) on the GNOME desktop.

The GNOME-OSX II theme works with most modern GNOME-based desktops, including GNOME Shell, GNOME Flashback, and Budgie. But the theme does not work with the Unity desktop.

Aside from evoking the form and function of macOS there are some novel touches too, such as the use of a blurred sidebar in the Nautilus file manager, and consistent theming across GTK2 and GTK3 apps.

A compataible GNOME Shell theme is also available to download for those wanting even more mac-inspired bling for their desktops.

Debate about the merits (or otherwise) of theming a Linux desktop to look like another operating system arises every time a theme like this is presented.

The terse answer is, if you can’t understand the appeal, sense or logic in doing it: don’t.

Whether you have Apple envy or simply admire and appreciate the design aesthetic of a macOS, there’s no shame if you decide to make Ubuntu look like Mac. The whole point of using Linux is (after all) that you can do things like this — you certainly can’t make Mac OS X look like Ubuntu!

The GNOME OS X II theme requires GNOME 3.20 or later. To use it on Ubuntu you need to be running Ubuntu 16.10 or above.

Once the download is complete you need to extract the tarball to your ~/.themes directory.

Finally, to switch theme on you need to use the GNOME Tweak Tool, which is available to install from Ubuntu Software. 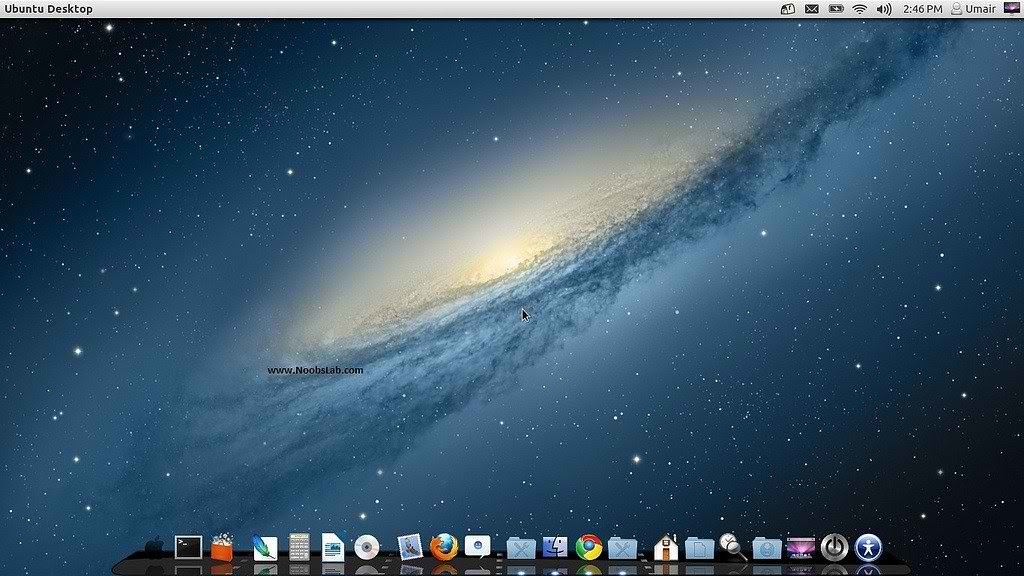 For a more faithful mac-ification try the La Capitaine Mac icon theme for Linux, also available as a free download from GNOME-Look.

Give Ubuntu 14.04 a makeover. Transform Ubuntu 14.04 into Mac OS X. Zukimac is a GTK 3 theme which can transform your Ubuntu 14.04 Desktop look like MAC. Zukimac is free to download and provides support for both GTK 3.10 and GTK 3.12. Please note that it does not include an Mac OS X icon theme similar to Apple.

Further changes to get Mac feel in Ubuntu 14.04

You can install a new icon set in two ways – adding a PPA or download the compressed icon file and extract it to ~/.icons folder. If you cannot find ~/.icons folder, create one using the following command:

By default, the icons extracted in the ~/.icons directory are only available to the current user. Extract the icons to /usr/share/icons folder to make it available to all users.

Once installed, open the Unity Tweak Tool. Click on Icons under Appearance section and select an icon set. 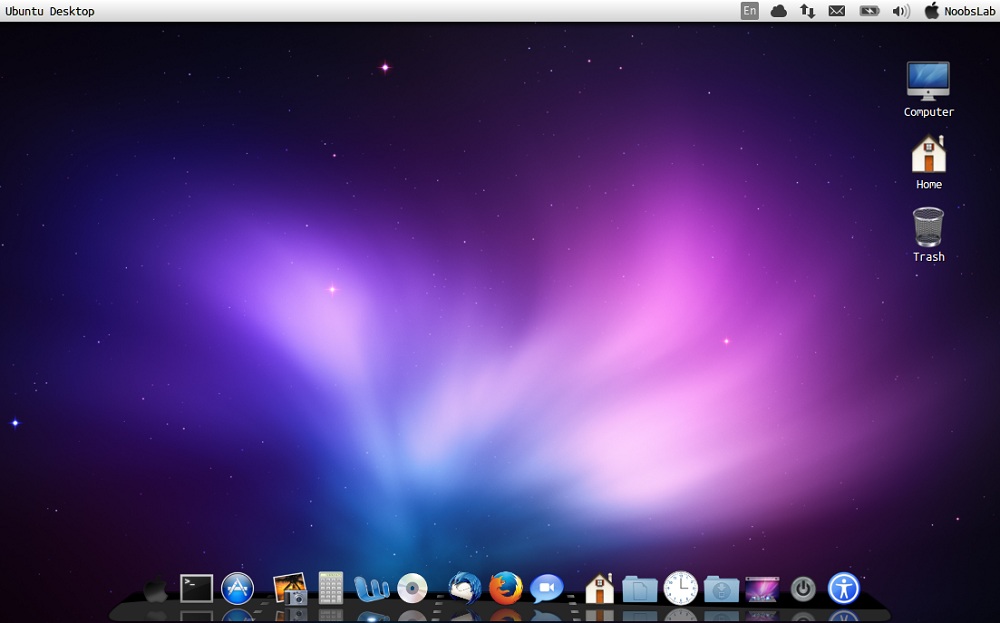 Install Synapse indicator as an alternative of Mac Spotlight.